In this section you will find stories of JDFMHA members who deserve recognition for the work they have done or are doing in their community.

Juan de Fuca's Atom A team at a fundraising in support of BC Children's Hospital, they started by selling cookies outside Save on Foods which raised almost $1000. 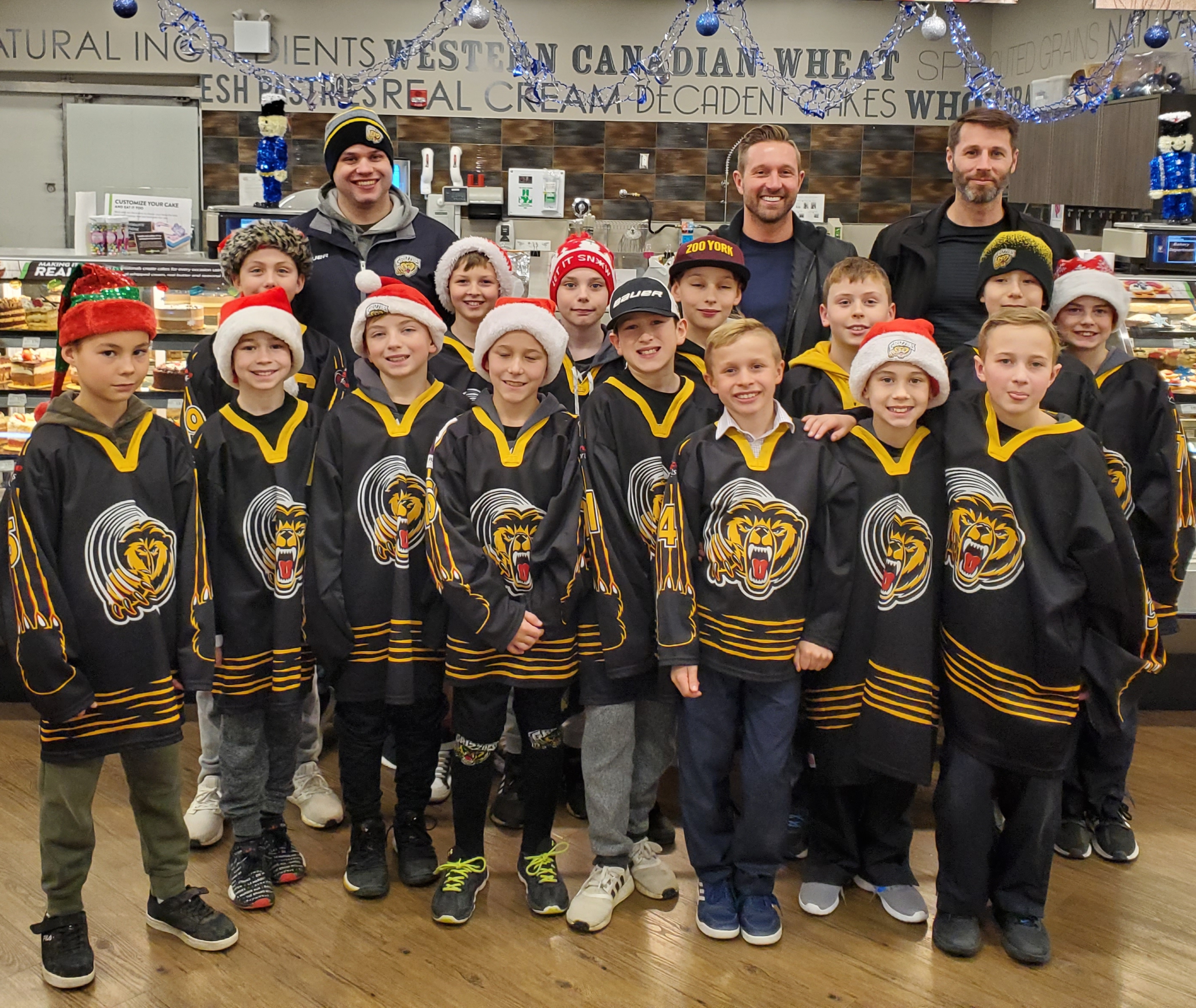 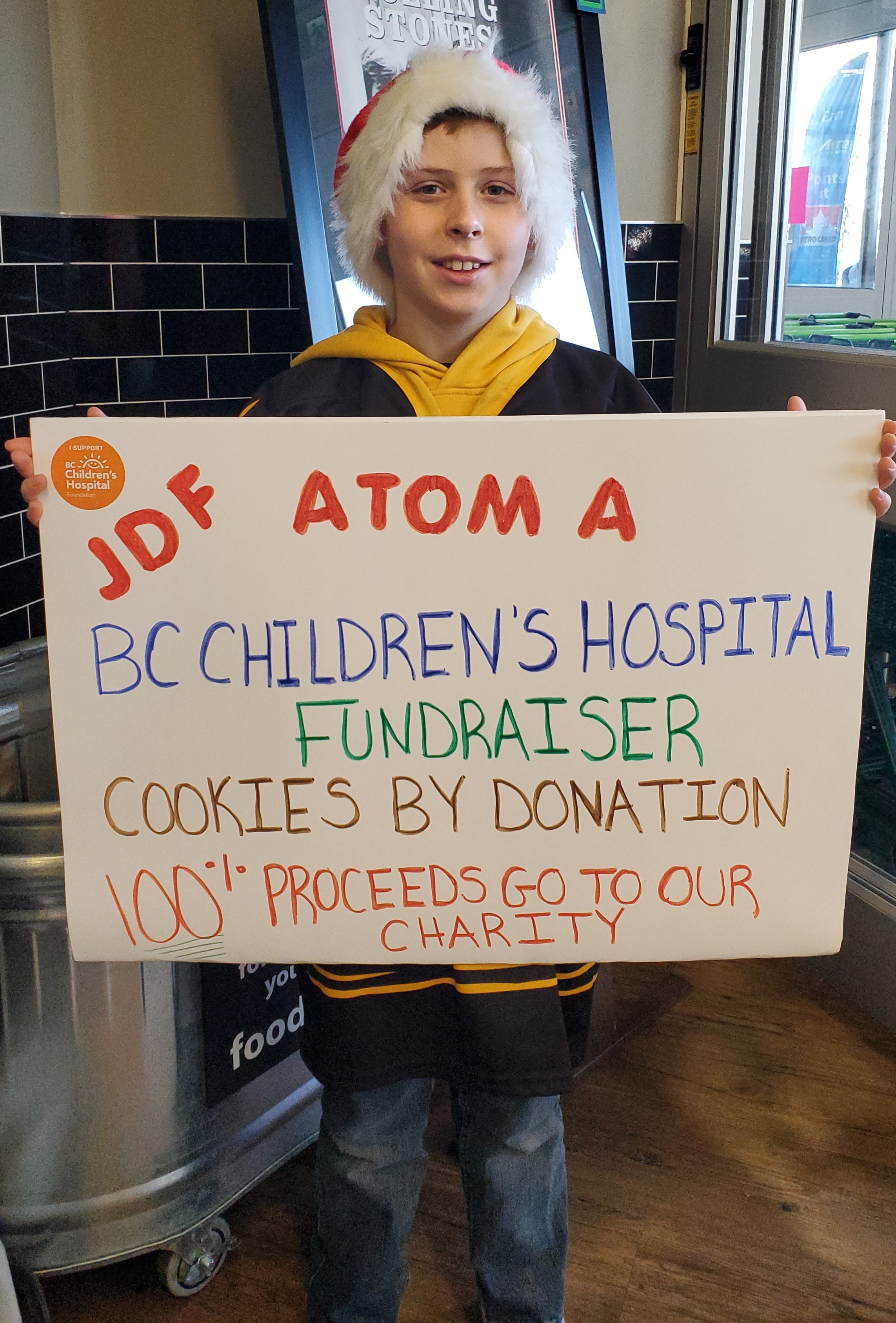 The team went on to place Bronze in the Apex Outdoor Winter Classic Tournament, while doing so they also raised an astonishing $4720 for BC Children's Hospital. It was an amazing experience for these lower island players to play their favorite sport outdoors in the elements. This is likely one game they will not soon forget! 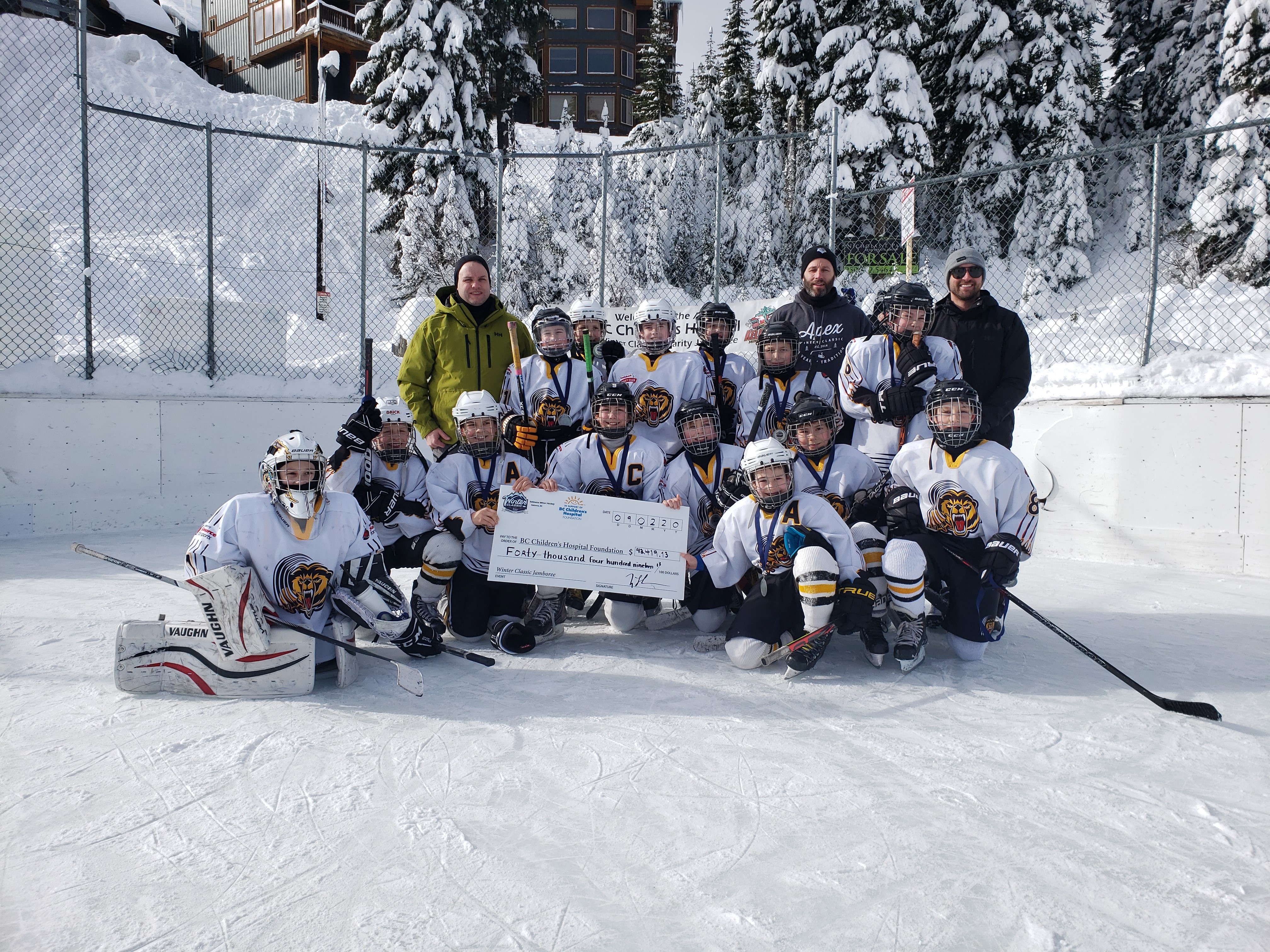 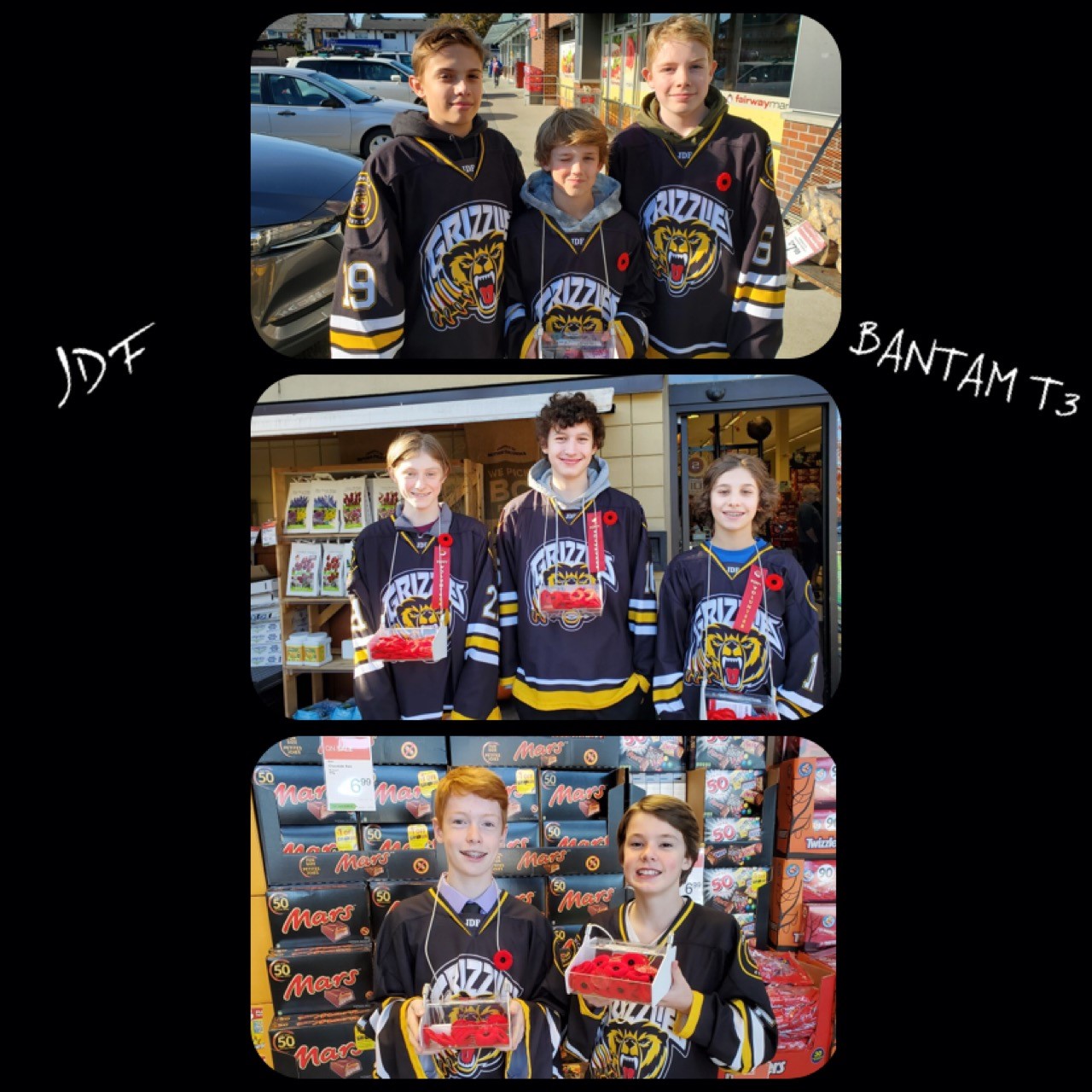 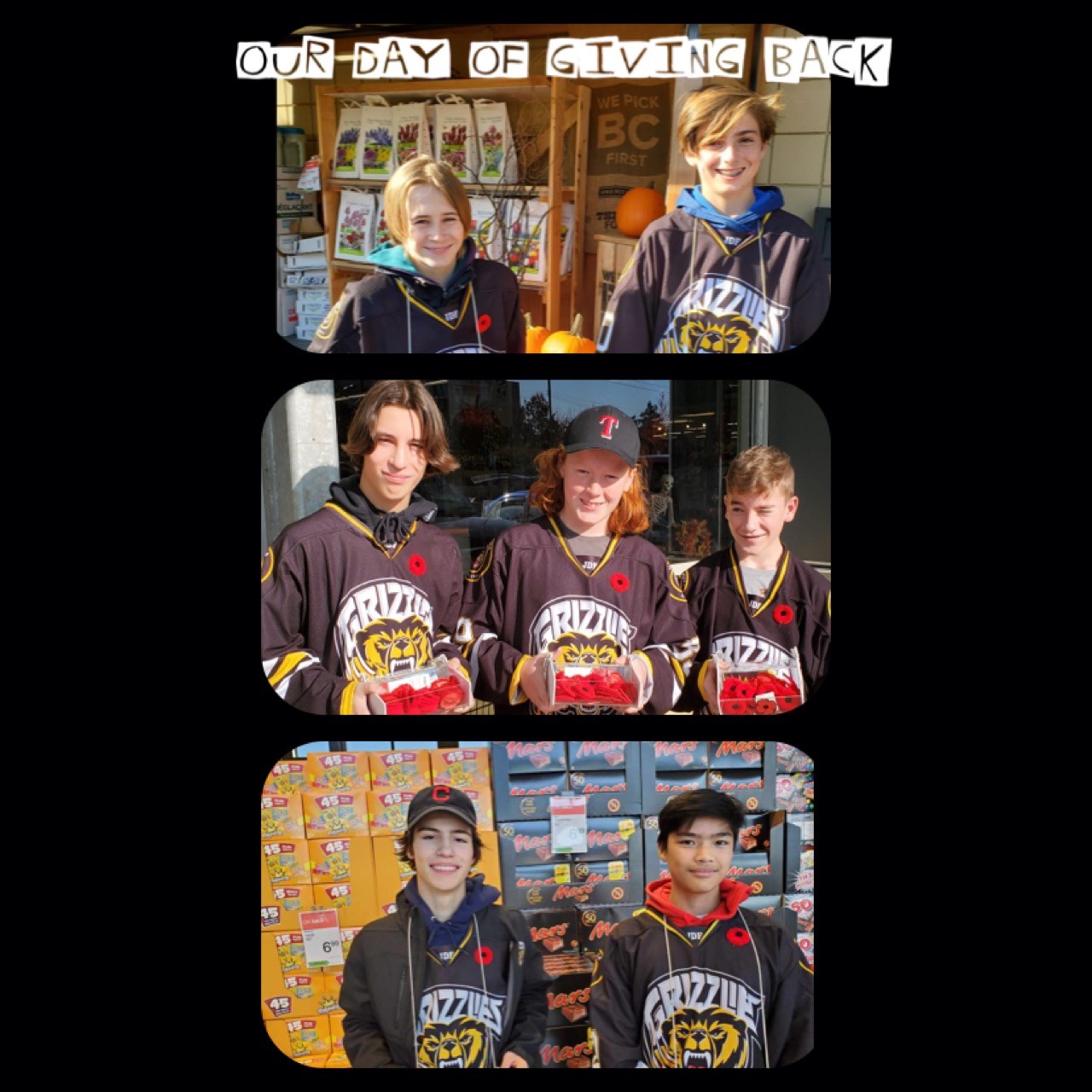 Each year our teams collect sponsorships from local businesses in order to fund their team for the year, this year Bantam Tier 3 was sponsored by Scotiabank. In order to say thank you the players of Bantam T3 asked if they could sell poppies on Scotiabank's behalf.

Earlier this year, Scotiabank partnered with True Patriot Love (TPL) to launch the Scotiabank TPL Fund for Wounded Veterans, offering financial support for projects that fund mental health or physical rehabilitation. In April, as the Presenting Sponsor of the True Patriot Love Expedition for the second time, Scotiabank was proud to be a part of an amazing trek to the North Pole to help raise funds and awareness for wounded soldiers.

This is Owen G, he has impacted his community by taking action to bring awareness to mental health issues. This is his story:

Owen has battled panic attacks since he was in grade two but it wasn't until he was 10 years old, suffering from 5-7, 2-3 hour panic attacks per week that his anxiety led to depression. He was officially diagnosed with generalized anxiety disorder, social anxiety, panic disorder and depression in the spring of 2019. One of the most special things about Owen is his willingness to educate others and speak openly about his mental illness. He has raised over $5000 to raise awareness for childhood mental illness and is currently selling his "Anxiety" hoodies and t-shirts, with all proceeds going to Buddy Check for Jesse.

Nervous about the upcoming hockey season, Owen had to put in some hard work and prepare for this season. We are happy to report that, although he battles anxiety every time he gets on the ice, he has succeeded multiple times in a row this season. Compared to last year, this is an incredible turn-around. What turned it around for him? He says it is the love and support from his friends and family. He has not been judged, treated differently or bullied because he is so open about what he battles. His Mom, however, believes it is more than just support (although that plays a huge part), it is the hard work he does at counseling, his willingness to accept his illness and his belief that he can and will always succeed against his illness.

Within all of that is the support he has received from sport. Owen has been lucky enough to have incredible coaches and teammates over the past few years who have battled his illness right beside him. Buddy Check for Jesse was a turning point for Owen in his continued recovery. All fundraising he does now is for Buddy Check. You can purchase a hoodie or t-shirt from Owen through his website by CLICKING HERE 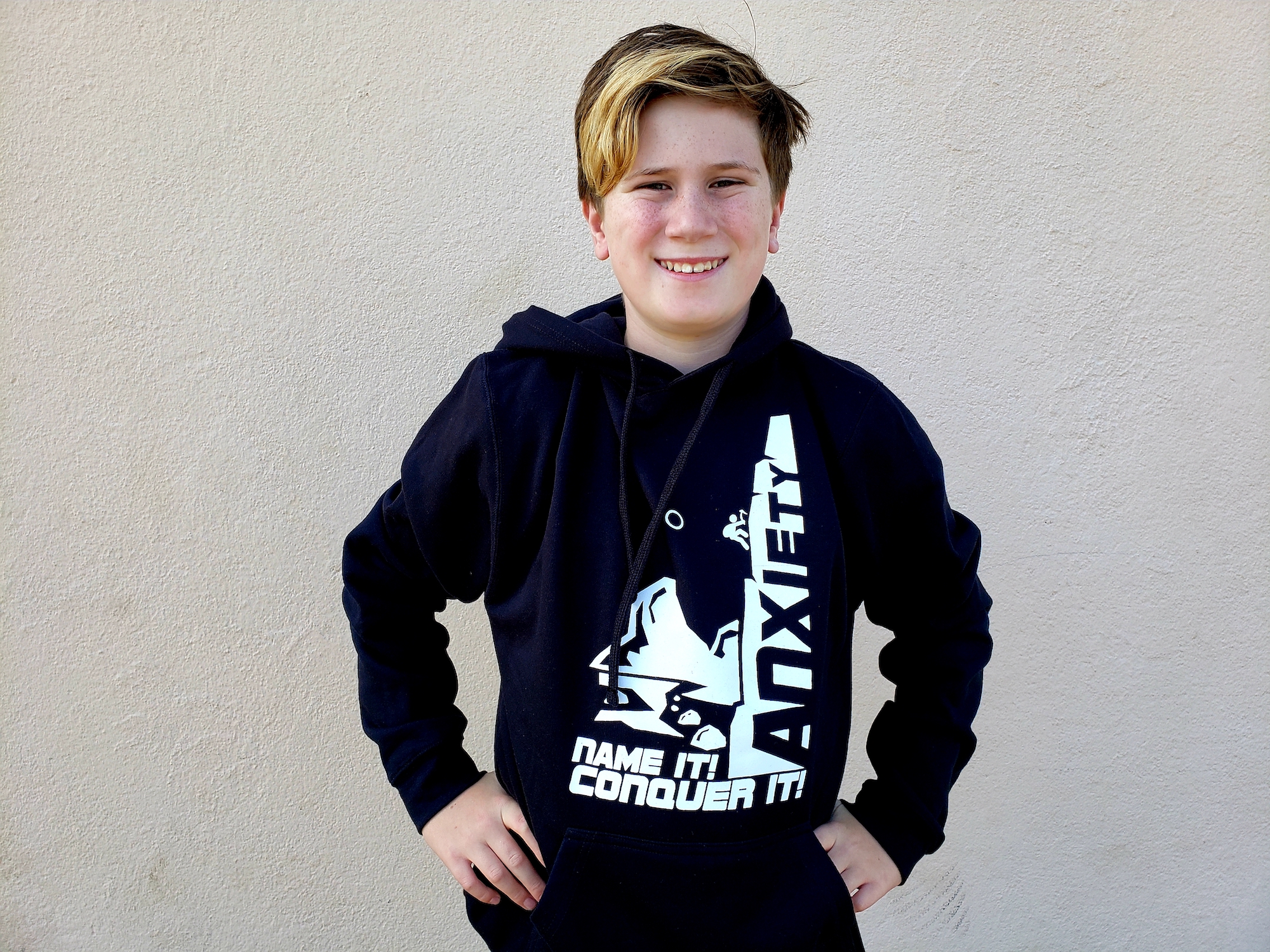 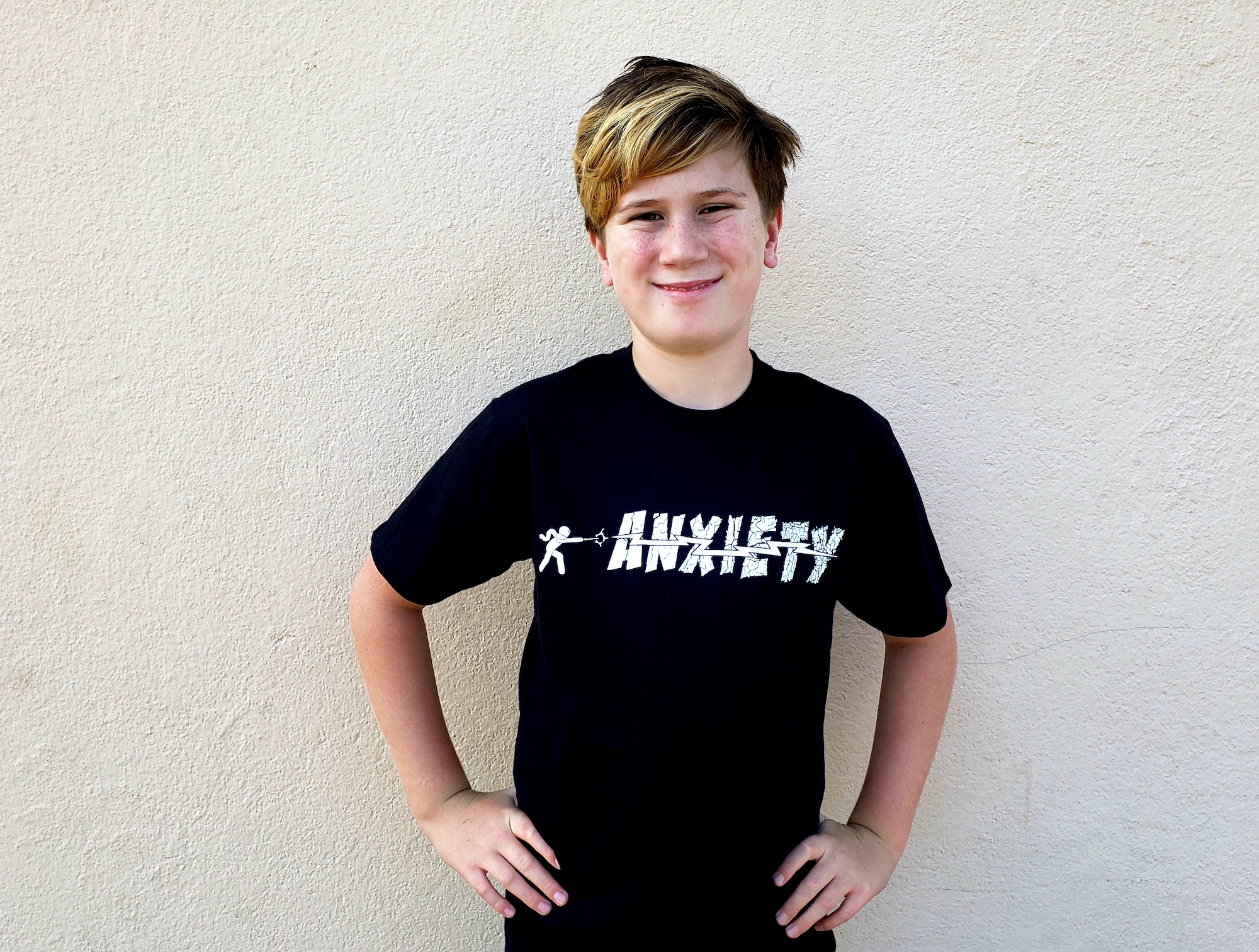 About Buddy Check for Jesse:

Buddy Check for Jesse was created by Stu Gershman in memory of his son, Jesse Short-Gershman who died by suicide on October 29, 2014. Stu wanted to find a way to help his other sons grieve the loss of their brother and find an impactful way to honour the memory of Jesse. A pilot project was launched last year where about 200 teams received Buddy Check for Jesse packages that include coaches notes (to help the coaches discuss mental health challenges and how to be a supportive teammate), green tape (the color of mental illness) to tape the hockey sticks to show support for mental illness, information for the kids on mental health and what to look for in their friends and how to reach out and bracelets.

This year, Stu has been able to expand his initiative to over 1100 teams across BC and in a few specific provinces that have requested to participate. The official #BuddyCheckforJesse weekend is October 26 & 27 but Stu would like to encourage your teams to participate whenever they can. It is the conversations in the dressing room or on that ice that is why this initiative is so important. It impacted Owen in the most wonderful way and the goal is to impact more and more Owens every year and continue to expand the program, inspire conversations and help create educated, caring, supportive respectful players both on and off the ice.

Check out Owen's story in his own words here!

From all of us at the Juan de Fuca Minor Hockey Association, thank you for all of your hard work and dedication we are proud to call you a Grizzly. We wish you the best this season on and off the ice.

Manage your identity from the palm of your hand to the top of your desk.